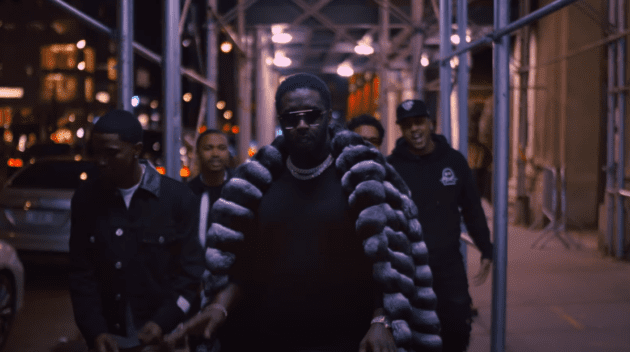 Take that, take that.

Diddy revisits an oldie and releases the video to his verse on 2017’s “Whatcha Gon’ Do”.

From the same set of his most recent “Gotta Move On (Queens Remix)“, the Mike Oberlies-directed clip follows Diddy decked out in a mink and taking New York City in the wee hours of the morning.

Over the “Dre Day” instrumental, Diddy raps, “How you flexing when your crew ain’t shit
Nigga, you ain’t shit / Probably trick on something you ain’t hit” while cruising in a drop-top Maybach with Yung Miami. “Try to do me but the shoe ain’t fit and your jewels ain’t lit,” he continues as he walks the streets with his sons Justin Combs, King Combs, and others.

“Whatcha Gon’ Do” which features Rick Ross and a posthumous verse from the late Notorious B.I.G., was originally released in 2017 with two versions.