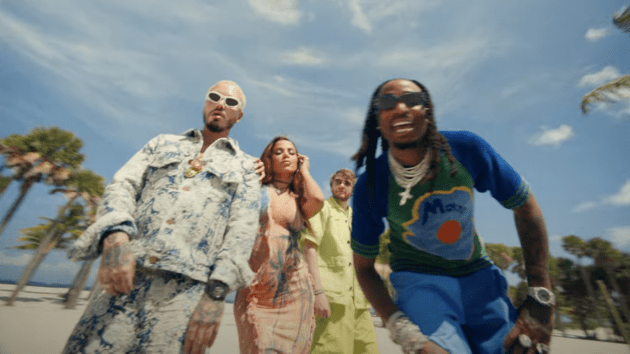 Murda on the beat so it’s not nice.

Directed by Jackson Tisi, the tropical video follows Murda chauffeuring Quavo in a convertible before hitting the beach with a couple of eye-candy. J Balvin adds his reggaetón magic while floating on a sea full of mermaids, while Anitta dazzles with her bi-lingual vocals from a floral platform.