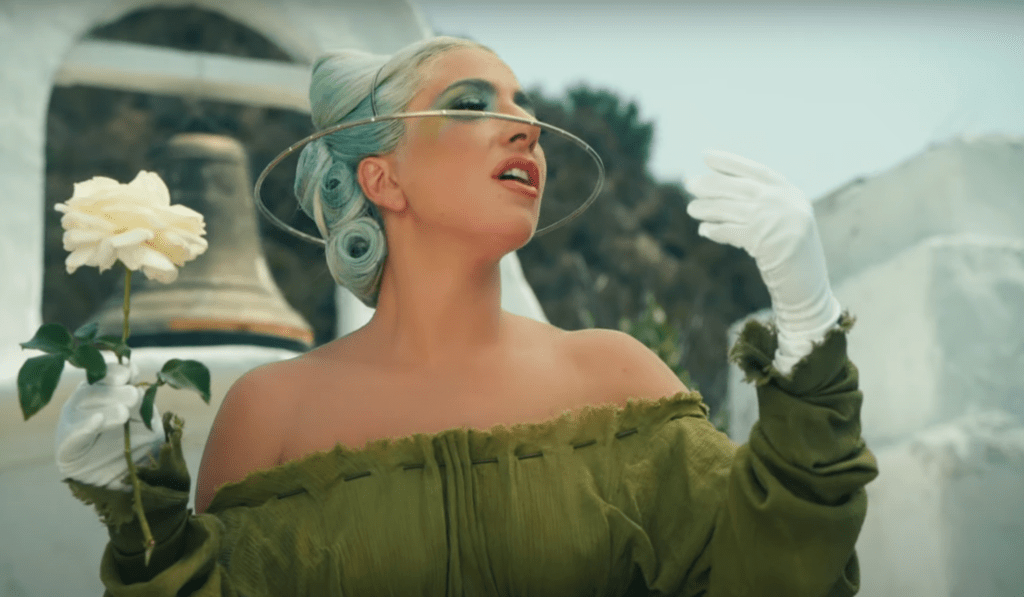 Lady Gaga’s Chromatica was released back in June. Since then, the album has been mostly applauded and she took home several VMAs last month.

Today, Gaga unveiled a short film (or video) for “911” from that album. The clip begins with the singer stuck in the middle of the desert, blindfolded and surrounded by fruit. She follows a guy on horseback to a house that suddenly appears…and things go from there. As you’d expect from a Gaga video, there’s a lot going on, and it’s quite dramatic. The film was directed by award-winning director Tarsem and produced by The Artists Company.

Some of the song’s lyrics address dealing with mental health issues, and include “Doctor’s on the other line / ‘Cause he’s not coming home tonight / And I just took my very last pill / Need something to numb the pain /Demons knocking on my brain / I think they coming in for the kill.”

At the VMAs, she performed with Ariana Grande and showed off a slew of songs from Chromatica. Also, Gaga recently got her own radio show on Apple Music, aptly titled Gaga Radio.

Chromatica was released earlier this year. Read our review of the album here.

Paramore singer Hayley Williams hasn’t been afraid to speak up in the past, so it should come as no surprise that she didn’t mince words when it came to a former bandmate. In a post that had been circulating on Facebook, ex-Paramore guitarist Josh Farro made homophobic comments that compared homosexuality to pedophilia. not josh […]

Apparently, music is in the Young family’s genes. Neil Young’s older brother Bob dropped his first-ever single, “Hey America” with the Peterboroughs, at the age of 78. (Neil is four years, er, younger.) The tune, out on Shakey Pictures Records, features Neil Young on harmonica. “The filming of ‘Hey America’ was done in the Covid 19 […] 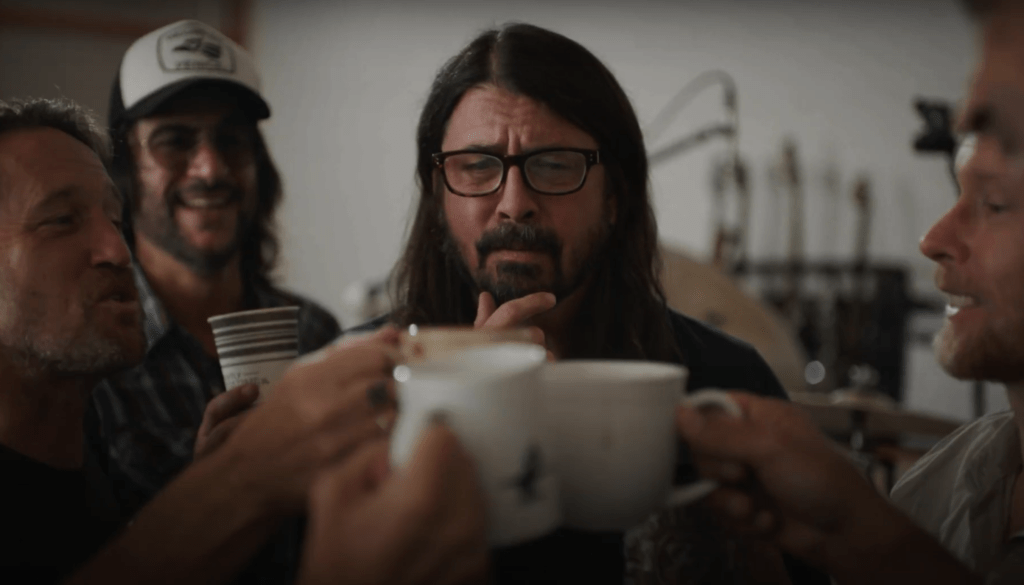 In a spoof that mimics commercials for nebulous drugs that treat unnamed issues, Dave Grohl reflects on a decade-old coffee addiction used to impair “solid bowel movements” leave him with “noxious coffee breath.” In his (excellent) version of a serious/sad TV voiceover, Grohl laments, “I found myself doing anything for the fix. My roast grew […]