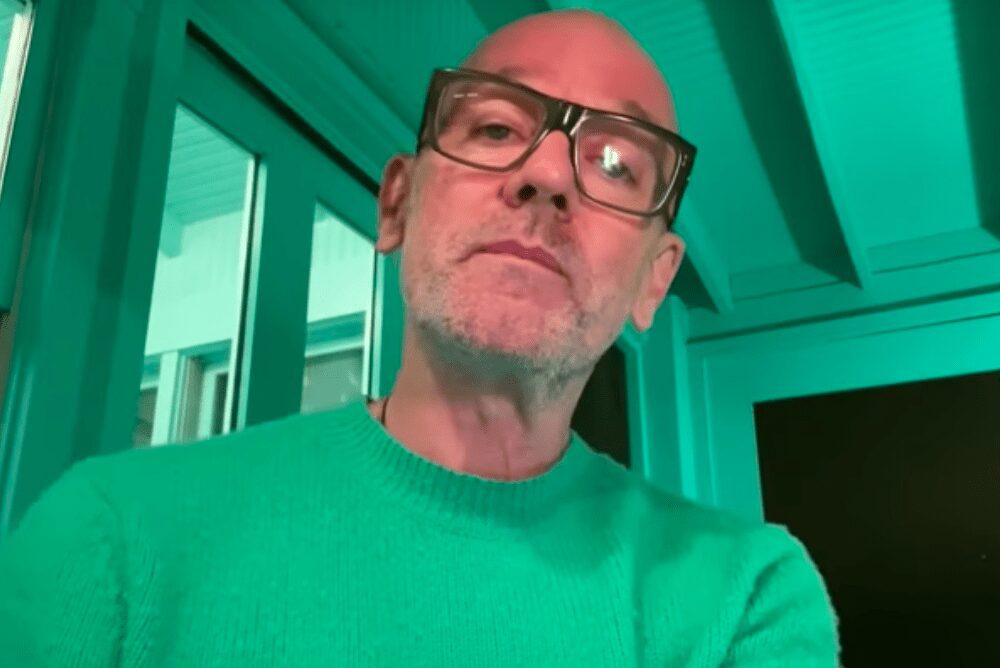 A few weeks ago, Michael Stipe shared a demo version of “No Time for Love Like Now.”

On Tuesday night from quarantine, Stipe performed the song on the Late Show and it seems like the song is a bit more fleshed out than when he originally shared/performed it — green background and all. In fact, the entire set (which is presumably shot in Stipe’s home) and his wardrobe is all green.

The song was produced by The National’s Aaron Dessner for his Big Red Machine project.

In recent months, Stipe has shared a couple of new songs in “Your Capricious Soul” and “Drive to the Ocean,” a song about climate change. He also was in quarantine after being around friends from Italy. Stipe has since shared a few videos on R.E.M.’s social accounts where he has sung snippets of the band’s classics, including “It’s the End of the World as We Know It (And I Feel Fine).”

Recently, R.E.M. celebrated the 40th anniversary of their first show in Athens, Georgia. Check out our list of their greatest songs that aren’t “It’s the End of the World” here.

Check out the performance below: