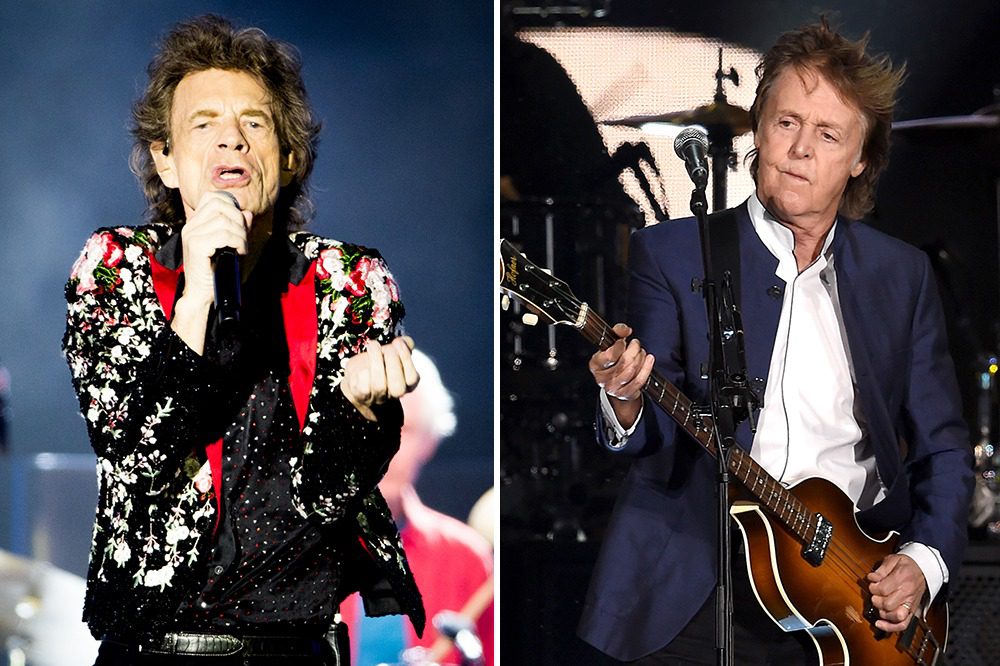 For years, music fans have debated who was better — The Beatles or Rolling Stones?

Now it looks like Mick Jagger and Paul McCartney have doled out some of their own thoughts on the matter. McCartney, who appeared on The Howard Stern Show last week, already sided with his band.

“[The Rolling Stones] are rooted in the blues,” he said on The Howard Stern Show on April 14. “When they are writing stuff, it has to do with the blues. We had a little more influences. … There’s a lot of differences, and I love the Stones, but I’m with you. The Beatles were better.”

When Jagger and Keith Richards chatted with Zane Lowe on his Apple Music show earlier this week, the debate was brought up. While laughing at the comment at first, Jagger did explain the difference between the two bands, especially since they’re still making music together.

“The Rolling Stones is a big concert band in other decades and other areas, when the Beatles never even did an arena tour, Madison Square Garden with a decent sound system,” he said. “They broke up before that business started, the touring business for real.”

He also added, “We started doing stadium gigs in the ’70s and [are] still doing them now. That’s the real big difference between these two bands. One band is unbelievably luckily still playing in stadiums, and then the other band doesn’t exist.”