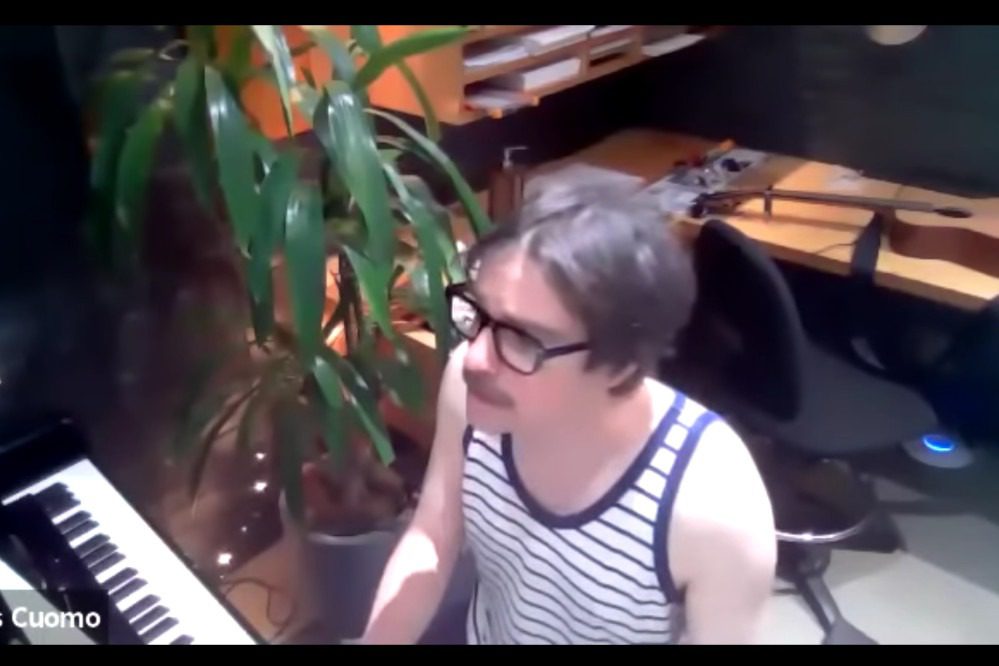 Weezer frontman Rivers Cuomo is a self-proclaimed Nirvana super-fan, so it shouldn’t be a surprise that he covered one of that band’s signature tracks, “Heart-Shaped Box,” during quarantine.

The performance, which originated from a Zoom session hosted for fans, finds the songwriter stripping back the heavy In Utero rocker to a quiet solo piano ballad. Decked out in a tank top and seated next to a massive plant, he plucks out the chords and nails the track’s verse-to-chorus dynamic shift — even replicating the guitar solo melody.

Cuomo has gushed about his Nirvana obsession in the past, telling Rolling Stone in 2014, “In some ways, I feel like I was Nirvana’s biggest fan in the Nineties. I’m sure there are a zillion people who would make that claim, but I was just so passionately in love with the music that it made me feel sick. It made my heart hurt … Kurt was the greatest singer ever, for my taste.”

Like every band, Weezer have been forced to adjust their plans amid the COVID-19 pandemic, indefinitely delaying the release of their upcoming LP, Van Weezer. A new date is expected soon.

The band did recently issue a new single, “Hero,” and previewed another new song, “Blue Dream,” during an episode of The Simpsons. (They also covered the series’ famous theme song and made an animated cameo appearance.)