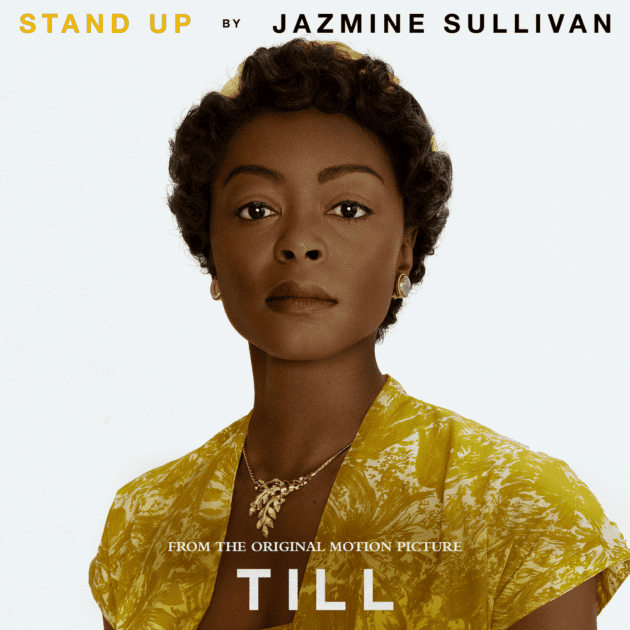 Jazmine Sullivan lends her powerful voice with “Stand Up”, her new single off the motion picture soundtrack to the upcoming film, Till.

On the uplifting record, Jazmine preaches self-worth and knowing one’s purpose in life. “So afraid of my power / ‘Till momma said, I got something to offer (Offer the world), sings Jazmine. “Just look in the mirror to see it / Now it’s up to you to believe it.”

Till, directed by Chinonye Cukwu, follows Mamie Till Mobley’s (Danielle Deadwyler) fight for justice for her 14-year-old son Emmett Till (Jalyn Hallas) , who was lynched in Mississippi in 1955 after being accused of offending a white woman Carolyn Bryant (Haley Bennett) in a grocery store. The film hits theaters October 14.