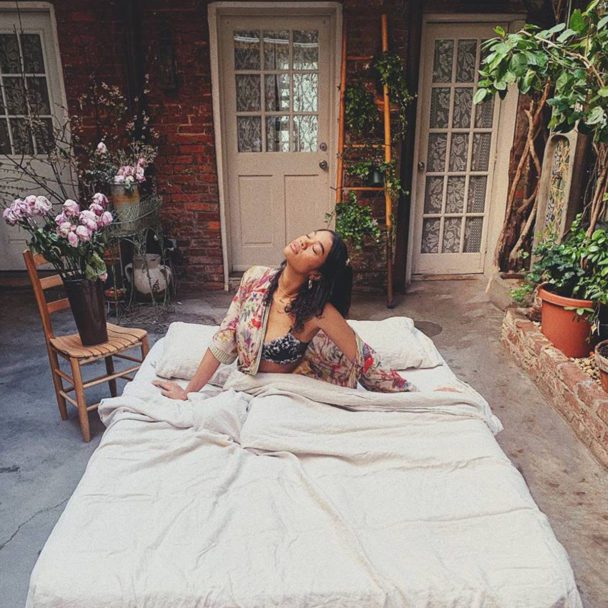 On April Fool’s Day, Artist To Watch Amber Mark released a cover of Nirvana’s “Heart Shaped Box.” It was the first installment of Covered-19, a series of tracks Mark is producing and recording in her NYC flat and releasing “every fortnight” with a self-made visual during the lockdown. It’s been two weeks, and indeed Mark is back today with a second Covered-19 track.

Despite the series name, this one is not a cover, but its video does feature Mark under the covers. “Waiting” is a new original Mark demo that certainly taps into the spirit of the times. It comes with this note from Mark:

For me making music in the covid-19 quarantine has probably been the only positive to come out of a tragedy like this. All the pressure I normally feel when working on music is lifted. And I just have this F***k it mentality. People get to really see you in your most bare state and vice versa. That’s the beauty in the music I’m making right now. It’s just me whipping up whatever I’m feeling. Keeping it minimal has been the key mentality for me and just having fun with it. I used to stress so much about visuals and the message I was sending with my music. I’ve learned a lot about myself already during the quarantine. And hope to keep this mentality going when all of this is finally over.

Watch the “Waiting” video below.