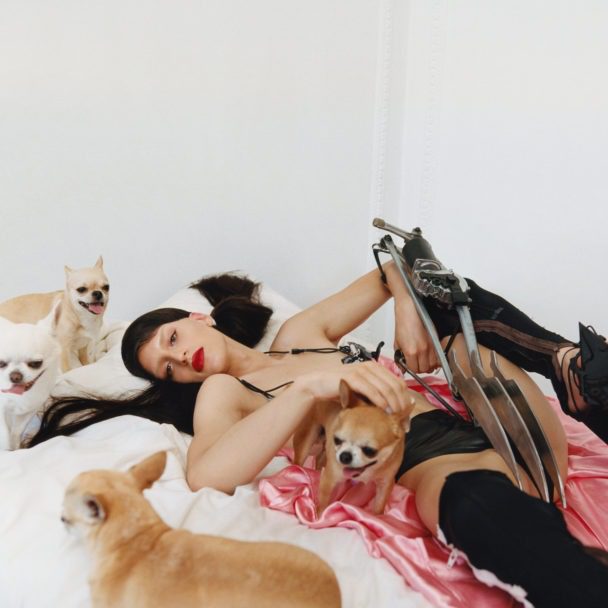 Arca kicked off the year with a 62-minute-long single called “@@@@@,” and last month she announced a new album called KiCk i in an interview where she identified Björk and Rosalía as contributors and started talking up her new era.

Today, we’re getting our first official taste of KiCk i with “Nonbinary,” a playful and intimidating opening track that feels more immediately accessible and confrontational than most of what Arca has put out for the last decade. “I don’t give a fuck what you think/ You don’t know me/ You might owe me/ But bitch you’ll never know me,” she sings on it.

The idea of a new transformation is strong in the visuals that accompany it, which feature Arca popping up of a shell, getting remade in an operating room by disembodied brains, and yelling at herself.

“Nonbinary” is out now via XL.