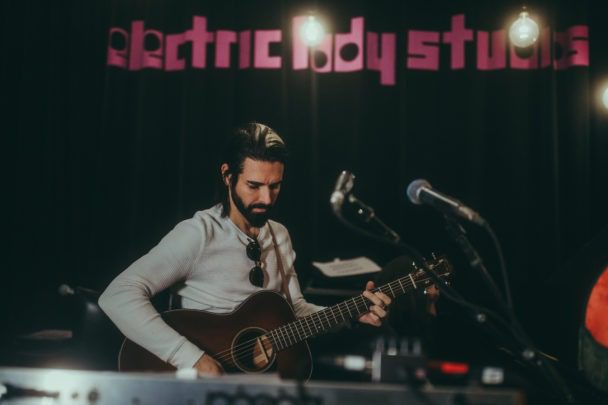 Back in the before times, Dashboard Confessional stopped by New York’s famed Electric Lady Studios to participate in the Spotify Singles series, in which artists perform one of their own songs and a cover. The results of that session have gone live today.

Here’s what Carrabba had to say about it all:

We stopped by the iconic Electric Lady studios during the NYC dates of the DC20 tour. The amazing energy in the room led us to creating an exciting, new and very different version of “Screaming Infidelities” and a cover of Post Malone’s “Circles.” I hope you love them as much as we loved making them.

In other Dashboard and Spotify news, last night Carrabba played a ticketed livestream concert benefitting the Music Health Alliance in partnership with the Spotify COVID-19 Music Relief project. That livestream has come and gone, but you can check out the transformed “Screaming Infidelities” and “Circles” cover below.