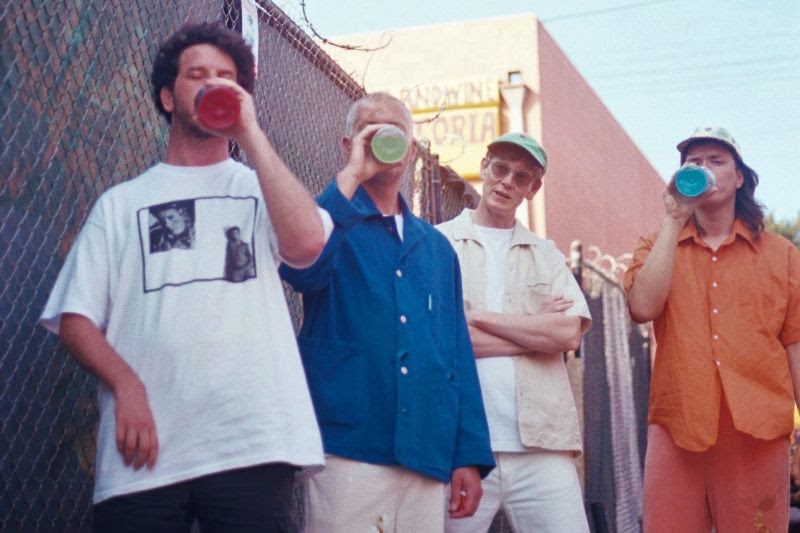 Dear Nora have a new album out at the end of the month, Human Futures, which they announced back in August with lead single “Scrolls Of Doom.” Today, the Katy Davidson-led project has shared a new song from it called “Sinaloan Restaurant,” which is brief but immersive and filled with Davidson’s characteristic poignancy: “Have you crossed the line to Mexico?/ My dad died many times years ago,” they sing in its opening lines. “Now on the table, staring at the light/ I move from grief to joy.”

“I pulled the lyric ideas for this song from a wild array of personal and cultural references, but ultimately, it’s about family separation, shadow forces, and the pandemic’s effect on the civic/commercial landscape,” Davidson said in a statement, continuing:

I grew up in the western United States, in a town where a classic “sit-down” Mexican restaurant was the undeniable cultural hub. Because of this, Mexican food has always been my comfort food. I think that most towns and cities in the western US have a place like this, even in “red states.” But the pandemic shifted so much ground, and it was unsettling to witness some of those establishments close. And the horrid politics playing out in the foreground amplified the unease. My friend Dave says this song feels like magical realism. I hadn’t thought about it that way when I wrote it, but I agree. The first two lines were said to me by my partner’s mother Miriam, who had advanced Alzheimer’s disease. “Have you crossed the line to Mexico? My dad died many times years ago.” It was a rare moment where she shared semi-lucid thoughts, so I wrote them down immediately. We were drinking steamy coffee on a winter morning, wrapped in blankets, and looking out at the desert morning. Miriam died during the pandemic.

Re: contributors to the composition/recording:
Greg Campanile wrote that insanely dank beat.
Zach Burba wrote that bass loop when I gave him a Lou Reed prompt.
Nicholas Krgovich played some of those ethereal keyboard moments that we tricked out in pre-mixing.

I recorded all the “oooh” vocals with “Baby” by Donnie & Joe Emerson in mind, but I had also just had a sip of mezcal and it went down the wrong pipe, so I was really fighting through a burning sensation in my throat while trying to be real suave.

And here is the album’s second single “Shadows”:

Human Futures is out 10/28 via Orindal Records.