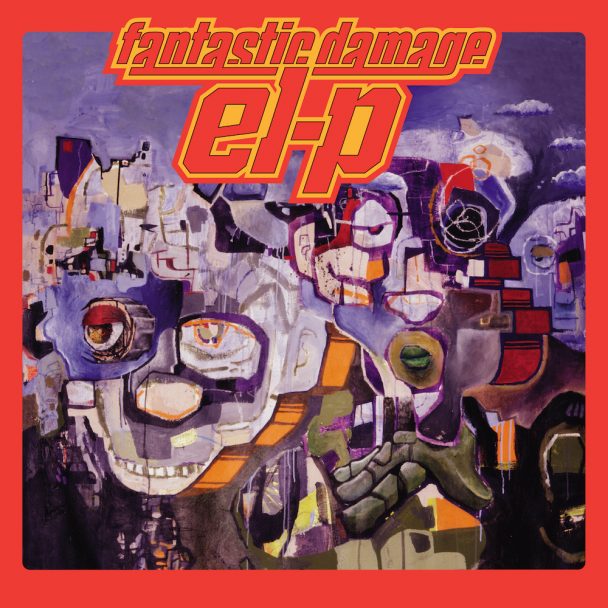 In 2002, shortly after the breakup of his old group Company Flow, the New York rapper and producer El-P released Fantastic Damage, an album of broken and shattered and apocalyptic underground rap music. In a lot of ways, the album showcased the community that had built up around El’s Definitive Jux label; Aesop Rock, Vast Aire, Cage, Ill Bill, Mr. Lif, and the late Camu Tao all rap on it. But Fantastic Damage is also a stark and personal record; “Stepfather Factory” might be the heaviest track that El-P has ever recorded. The album sounded like nothing that had come before, and it helped establish what El-P’s solo sound would be.

These days, El-P is in a whole different phase of life. Run The Jewels, his duo with Killer Mike, has turned out to be stunningly successful, and they’ll release their long-anticipated new album RTJ4 next month. Also, El’s first-ever film score is now out in the world; he did the music for Capone, the new Josh Trank movie where Tom Hardy plays the notorious gangster in the twilight of his life. And now, for the first time ever, Fantastic Damage is up on the streaming services.

For reasons presumably related to the demise of Definitive Jux, El-P’s early solo records have been out of print for years. Late last year, though, he announced a reissue series, and he got 2007’s I’ll Sleep When You’re Dead up on the streaming services. Today, you can finally hear Fantastic Damage without having to dig out a dusty and cracked CD case. Check it out below.

shout out to the great folks @FatPossum records for convincing me to put my old shit out again. if it were left up to me i probably wouldn’t have bothered. my general drive to make new music always got in the way of thinking about the old stuff.

it’s hard for me to listen to my older stuff. as a perfectionist/obsession-ist all i hear are mistakes and mix imperfections. but it’s a moment and it is where i was and it’s certainly part of who i am so i’m glad it’s out there again for you guys.

FAN DAM fun fact: the only song that was written on this album post 9/11 was “accidents don’t happen” with camu tao and @Cagewm. the rest was mostly written between 2000 and then.

i’m not shitting on it i’m just saying my brain doesn’t let me fully enjoy my old stuff. on occasion i can detach and really hear it for what it was though in the context of where i was and enjoy it. just means i’m wired to want to keep progressing. https://t.co/r2hQ0Urpen

in hindsight i wish i mixed some of the vocals higher/better. but that was a choice at the time. i wanted people to be submerged in the music and really have to listen. i felt like rap was too vocal focused level wise and as a producer i wanted it to be an immersive thing ‍♂️ https://t.co/puN2pAmZep

I don’t know where I’d be today if it wasn’t for this album https://t.co/s4kPQUQsh2