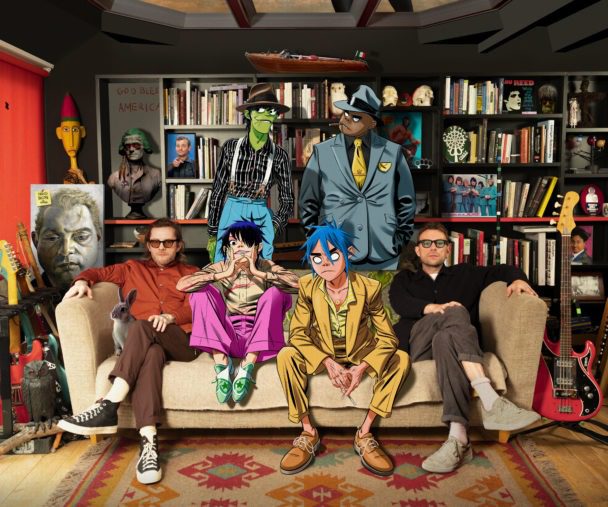 After Damon Albarn revived Gorillaz with 2017’s Humanz, the project has been pretty consistently active. The Now Now quickly followed in 2018, and then in the beginning of this year Gorillaz began teasing something called Song Machine. The premise: a direct feed of new “episodes,” or singles, featuring a characteristically broad array of collaborators and arriving as they are completed. So far, the project has yielded “Momentary Bliss” with slowthai and Slaves, as well as “Désolé,” featuring Fatoumata Diawara.

It would appear that, as of yet, social distancing has not slowed down the Song Machine. (Gorillaz would, presumably, be one of the projects that could easily keep plugging along during a quarantine.) Today, Albarn is back with the third episode of the endeavor. It’s called “Aries,” and it features the UK dance-pop singer Georgia — who just released her very good new album Seeking Thrills in January — on drums and none other than the legendary Joy Division/New Order bassist Peter Hook.

If you ask me, “Désolé” was one of the best songs to yet emerge from Gorillaz’ second act. And “Aries” is a jam, too. Maybe inevitably given how iconic Hook’s bass sound is, it really sounds like Damon Albarn’s interpretation of the classic New Order aesthetic. He takes the lead vocal, so what you really get here is Albarn singing over a dreamy and catchy synth-pop gem. While the video for “Désolé” found the band cruising around Lake Como, the “Aries” video picks up with Murdoc inviting 2D out for some “quality frenemy time.” Check it out below.