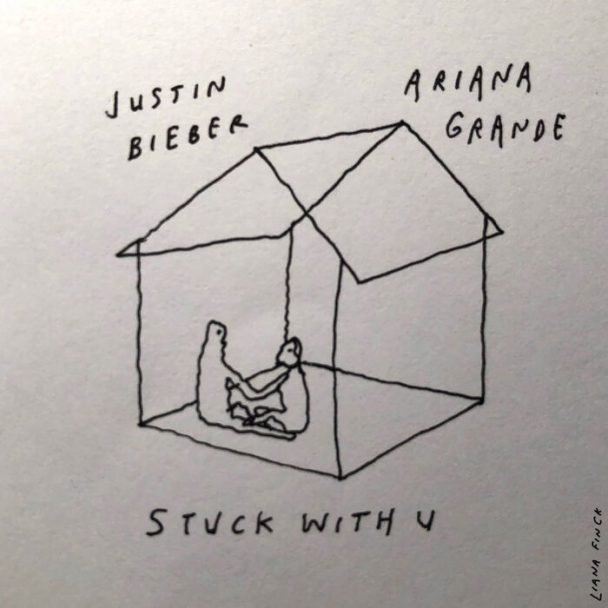 Justin Bieber and Ariana Grande have collaborated on their first-ever song together, and it only took a pandemic to get them to do it. “Stuck With U” is out now.

The two teen-pop titans have adjusted to adulthood pop stardom in different ways. Bieber’s last album, Changes, was something of a flop for him, and resulted in his summer stadium tour being downgraded to arenas, and then of course being cancelled altogether. Grande, meanwhile, has enjoyed both commercial and critical success with her pair of albums, Sweetener and thank u, next.

But Bieber and Grande have been in each other’s orbit since they both became famous. They share a manager in industry piranha Scooter Braun, and they have teased their fans with the possibility of them teaming up on a song for years. Last year, Grande brought Bieber out during her Coachella set.

“Stuck With U” is a charity single — proceeds from the song will “fund grants and scholarships for children of first responders who have been impacted by COVID-19 with the First Responders Children’s Foundation,” per an Instagram from Grande.

For the music video, Bieber and Grande solicited their fans to send in videos of themselves dancing along to an instrumental duo that they posted. One of those fans was Carole Baskin (and her husband), who submitted a clip of them dancing around in some cheetah print — it didn’t make the final cut.

Watch and listen to “Stuck With U” below.