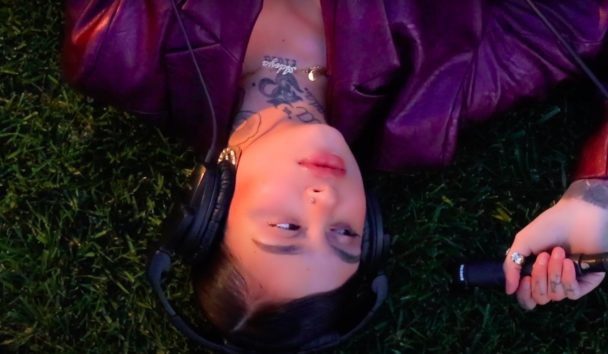 Last month, the Californian R&B star Kehlani released her single “Toxic,” a not-so-fond farwell to a bad relationship. (She’d just broken up, contentiously, with YG.) In the early days of quarantine, Kehani also shot her own grainy solo video for the track, which caused a stir in some of the hornier corners of the internet. Today, she’s followed it up with a new single and video, and it’s a less DIY affair this time.

“Everybody Business” is a song about the psychological effects of living your entire life in public, dealing with the judgment of strangers: “I hear every word that they talk/ Tried not to care at all.” It’s a slow-burn R&B track that interpolates the 2003 Pharrell/Jay-Z collab “Frontin’.” (Pharrell, Jay, and Chad Hugo all have songwriting credits.) Kehlani co-produced the track with Go Grizzly and Loshendrix.

In the video, Kehlani wanders through a neighborhood, wearing headphones and singing into a mic, looking elegantly pensive. Once again, Kehlani directed this one herself, using the punny name Hyphy Williams. It’s hard to tell whether she shot this one before or after the social-distancing era, since nobody else appears onscreen. Check it out below.

“Everybody Business” is out now on the streaming platforms.