Konradsen – "Give It Back To The Feelings" 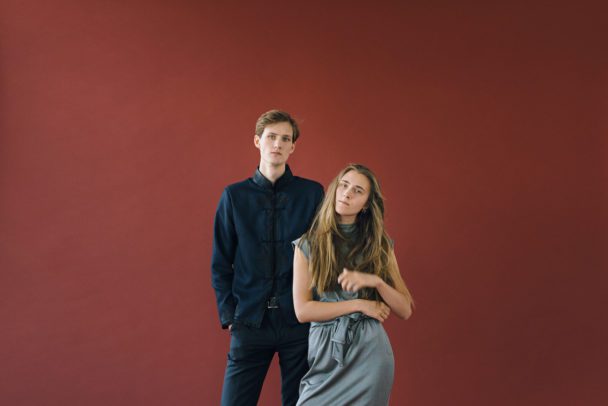 The Norwegian duo Konradsen — made up of vocalist/pianist Jenny Marie Sabel and multi-instrumentalist Eirik Vildgren — just released their debut album Saints And Sebastian Stories in October. But last month, the Band To Watch announced they already had a followup EP ready: Rodeo No. 5, an extension of Saints. So far we’ve heard one song from it, “The Year Is Not Over.” And today, the duo is back with another new one.

Their latest preview of Rodeo No. 5 is called “Give It Back To The Feelings.” “It’s one of those songs that just appeared to us,” Sabel said in a statement. “Eirik made a synth sound with his DX7, running through some effects. We recorded it properly and had Erlend Vesteraas do some vocals on it. In the end, the last thing we did was to record some violin with our friend Selma French Bolstad. The song is about being thankful, realizing that there are other people out there who are giving a lot.”

Like the rest of the music Konradsen have made their name on so far, there is something crystalline and still about “Give It Back To The Feelings” at the same time that the song is warm and welcoming. Check it out below.