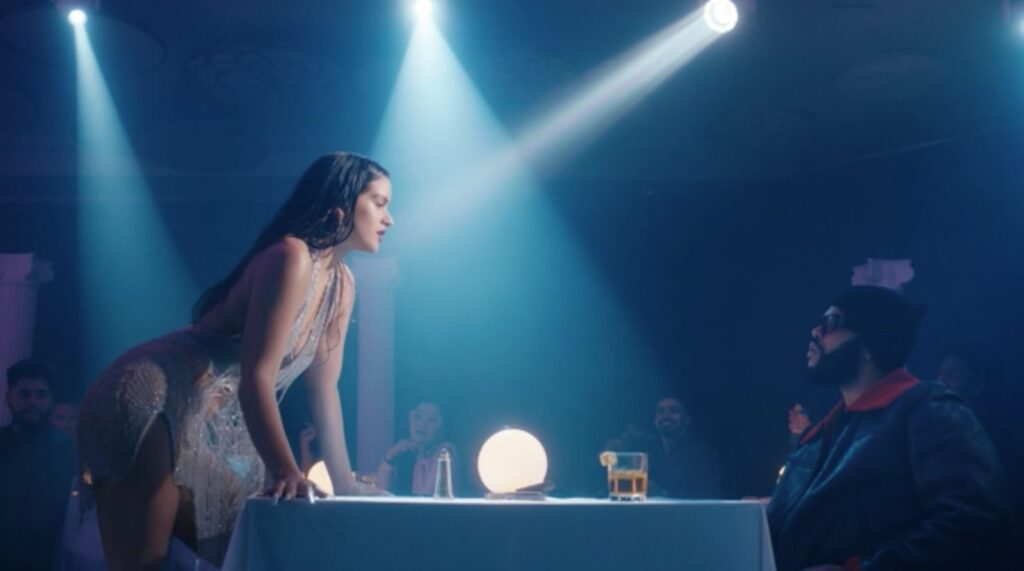 Earlier in the week, Rosalía and the Weeknd released a teaser for a joint single called “LA FAMA” featuring a cameo from Danny Trejo and the Weeknd singing in Spanish. Now, the full single is available to hear, along with a video by Director X.

Rosalía and the Weeknd memorably teamed up last December on a remix for the latter’s “Blinding Lights.” “LA FAMA” is also the latest in a bunch of collabs The Weeknd has popped up on recently, including “One Right Now” with Post Malone, “Moth To A Flame” with Swedish House Mafia,” Doja Cat’s “You Right” and Kanye West’s Donda track “Hurricane.”

Rosalía, meanwhile, recently teased her forthcoming album, Motomami, due out next year. It’ll also feature “LA FAMA,” which Rosalía explained like so: “I wanted to write, in my own way, a bachata with a little story around ambition. Taking as a reference the lyrics of Ruben Blades or Patti Smith and the songs of Aventura, I ended up writing a story of romance with fame.” In the video for the minimal yet frenetic track, Rosalía performs in a fancy nightclub where the Weeknd is in the audience. Slowly but surely, drama ensues. Watch the video below.

Motomami is out in 2022 via Columbia.