Self Defense Family – “Jesus Of Nazareth” 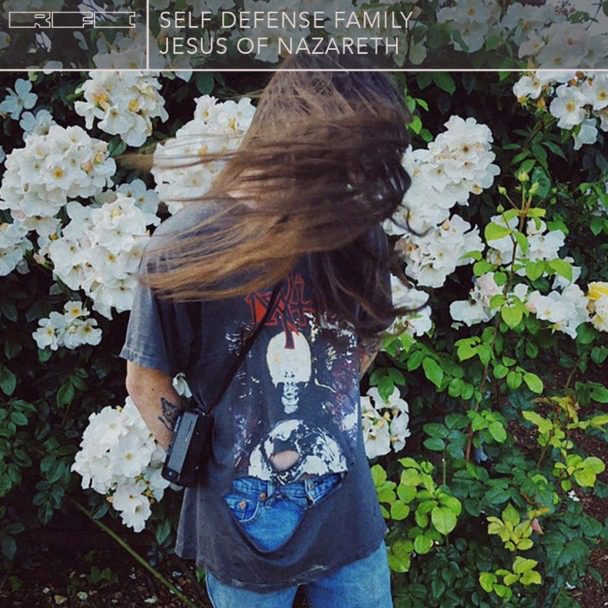 When he isn’t hosting podcasts or writing podcasts, Patrick Kindlon leads two very different Albany-based punk-adjacent bands. One of those bands, the mighty Drug Church, released the towering one-off single “Bliss Out” earlier this year. The other, the loose post-hardcore collective Self Defense Family, just released something that sounds even bigger and heavier.

Last week, Self Defense Family just posted a couple of unreleased songs, “Florida Trip” and “Tissue Thin,” on Bandcamp. In sharing those tracks, the band explained that they were digging through their archives and putting out songs that had never found a home before. Today, they’ve shared the new track “Jesus Of Nazareth” without adding any information. The song is a straight-up epic, a 10-minute marathon full of delicately ringing guitars and Kindlon’s colossal bellow. We don’t know whether this song is a new recording or an old one that the band just dug up, but a song this vast and impressive doesn’t seem like some old outtake that the band forgot about. It feels like a major piece of work. Listen to it below.

You can get “Jesus Of Nazareth” at Bandcamp. And speaking of Self Defense Family, Ian Shelton, the Self Defense member who also leads the fearsome fast-hardcore band Regional Justice Center, has a new one-man project called Militarie Gun. Yesterday, he released the Militarie Gun demo. It’s a brutish and oddly beautiful two-song release, and Shelton did all the vocals and instruments himself. Listen below.

You can get the Militarie Gun demo at Bandcamp.