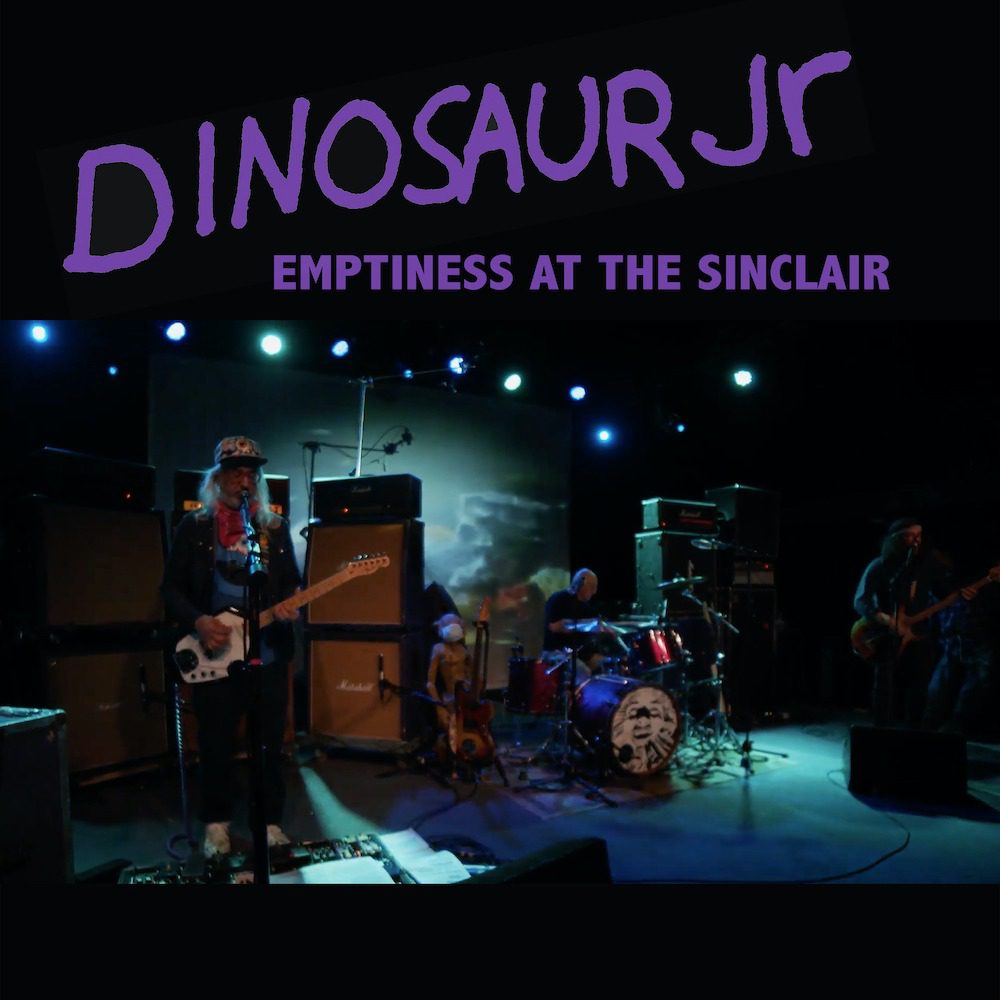 Dinosaur Jr. have released a surprise live album, Emptiness At The Sinclair, which is now available to stream. Recorded at the Sinclair in Boston, the album features some newer tracks from this year’s Sweep It Into Space, plus plenty of Dino classics like “Feel The Pain” and “Freak Scene,” among other goodies.

Here’s what band member Lou Barlow had to say about Emptiness At The Sinclair:

It was odd going back to Harvard Square for the Sinclair show, lots of closed shops, less car and foot traffic, my first time back in a big-city since it all went down. I had lived in Boston for about 10 years from the late ’80s-’90s and the bustling square was a common destination to look for records and meet with friends. The empty pandemic feel spooked me.

Playing for a livestream is like pushing a rock up a hill trying to recreate the vibe of a real show. The isolation of the last year had made me nervous about performing again, especially in the context of Dinosaur Jr. where I typically rely on the energy of our crowd. Playing to an invisible audience and a real-time sparsely populated room of people doing their jobs (running lights, sound and staring at screens) was something different and, again, weird.

Despite all my lockdown doubts once we started playing things clicked. My mind didn’t highjack me and it quickly began to feel like a real show. Having a few decent gigs on the Sinclair stage before, it began to feel familiar and, for lack of a better word, friendly. It will be much more of a relief to get back on tour but, this Sinclair show was a good band-aid, so to speak.

Emptiness At The Sinclair is out now via Jagjaguwar.