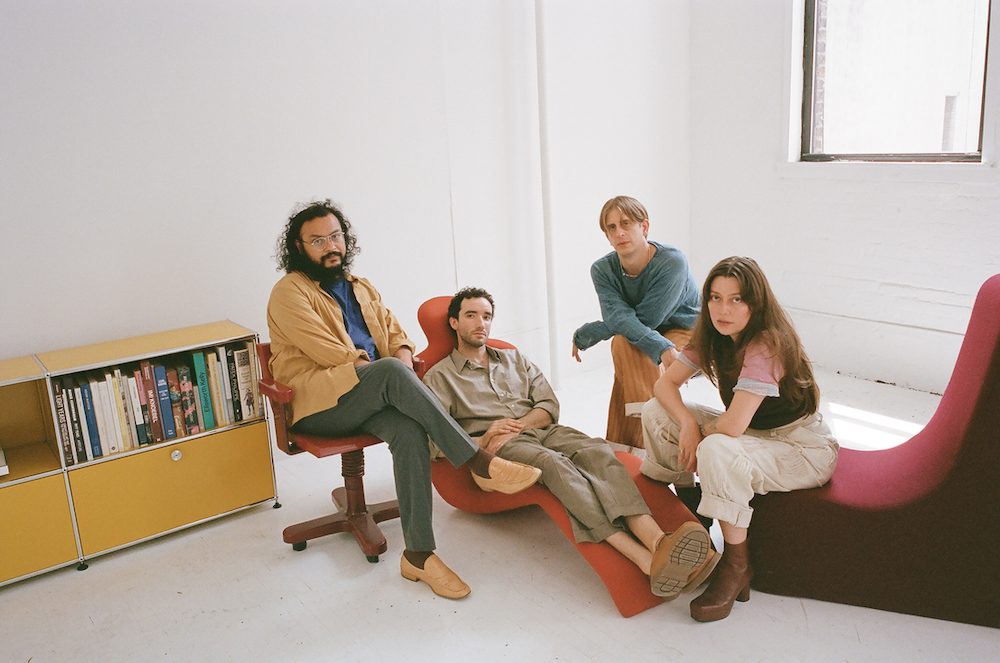 On last year’s Al Mundo Azul, the New York band Mr Twin Sister offered up another collection of satisfying, mutated dance tracks. Today, they’ve released a new EP called Upright And Even that collects some tracks that were recorded around the same time as their last album, and are even dancier. “With that record we were very absorbed with the idea of making something that sounded like a hot afternoon in a crowded place,” the band wrote in a statement, continuing:

Upright sounds like nighttime after the shops have closed. “Tommie” is like lingering in the smoking area outside of a bar, or watching steam rise off concrete. “Resort” is the centerpiece. It’s about the ecstasy of music triumphing over the bullshit of going out to hear it. Club music about club music. We didn’t want to release it back when nobody could be together in person, so we waited. “Me Contuviste” is the first song Estella finished in Spanish. We kept the demo vocal take, and everyone’s playing each other’s instruments. Estella’s is on a spooky and aggrieved tip here.  “Upright and Even” is disoriented and ambiguous lounge music. We wanted to play with the conventions of a faux jazz quartet and then smear the image.

The Upright And Even EP is out now via Twin Group.