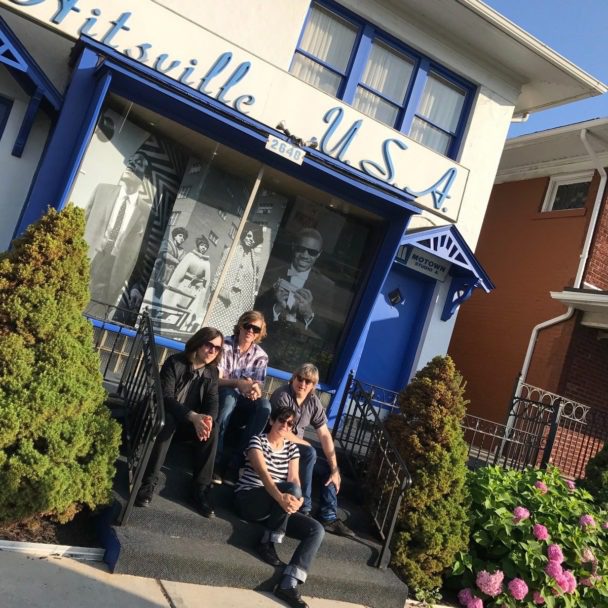 Lately, scratchy-guitar godfather Thurston Moore has been throwing a bunch of his outtakes up onto Bandcamp. Last month, Moore shared a couple of unreleased tracks from his post-Sonic Youth band Chelsea Light Moving. Today, he’s dropped a 2016-vintage song from the Thurston Moore Group, the band that also included drummer Steve Shelley, Moore’s former Sonic Youth bandmate, and My Bloody Valentine bassist Deb Googe. (They released the album Rock N Roll Consciousness in 2017. It was good.)

“Instant Transcendent Conjecture,” the old-but-new Thurston Moore group song, is a fine example of the kind of noise that Moore makes. It’s got a heavy and propulsive pulse of a beat, deadpan lyrics about “elektro soul magnetic attraction,” and triumphant spirals of guitar sound. If you had any formative experiences that were soundtracked by Sonic Youth, it might unlock some deep ache of nostalgia in you.

On his Bandcamp page, Moore writes:

This wild child was let loose in 2016 whilst the TMG (Thurston Moore Group) was laying down sounds for our Rock N Roll Consciousness release the following year. “Instant Transcendent Conjecture” is a cryptic suggestion into the realization of the poem as a springing into nature. Through the haze of chemical assault, the spring springs by any means necessary. Earth prayers are in action. Transcendence through understanding, and through sacrifice :: we are here in community service to a garden named Heaven. To paraphrase the lads from Liverpool, “Get Back to where you once belonged..”

You can cop “Instant Transcendent Conjecture” at Bandcamp.