Huh! Vado is dropping gems for the streets in the accompanying video to “N.I.S.S.S.” Anchored by a mellow beat and soulful cries, the Harlem rapper kicks street knowledge in his whip, preaches loyalty by a mural, and puts on for his crew from his luxury whip to the bleachers. When Vado eats, we all eat.

Sho ya right. Jim Jones takes his talents down to Miami in the latest vignette off his and Harry Fraud’s The Fraud Department. With Cam’Ron behind the wheel and Capo hanging out a foreign convertible, the two Dipsetters cruise through a chill night in South Beach. Elsewhere, the Shula The Don and self-directed clip finds […]

Who’s the boss? Hot off the release of their Future Of The Streets, Havoc and Nyce Da Future boss up in the EP’s new video. Directed by Shakka Ranx, the pair are calling the shots while cruising the city, setting up shop at a stash house and roof tops as a bag of money gets […]

Bell pepper anyone? Courtney Bell whips up hot bars with his interpretation of Drake and Ross’ “Lemon Pepper Freestyle”. Shot by Diego, the Motor City MC reflects on his lessons of life while walking the deserted streets of Detroit with his armed guards.

Jack Harlow has put out a statement about the shooting in Louisville that killed Kasmira Nash on May 1, in which his DJ, Ronnie T. O’Bannon (known as Ronnie Lucciano), has now been charged with one count of murder and one count of tampering with physical evidence according to the Courier Journal. O’Bannon turned himself […] 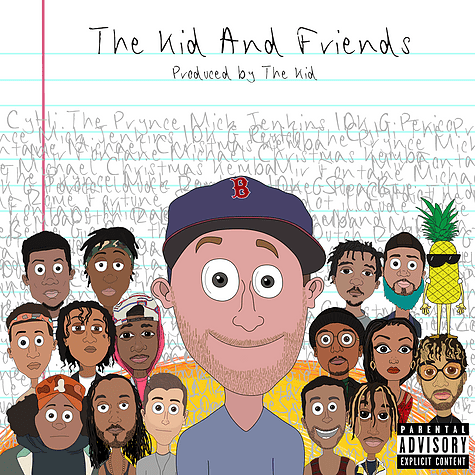 Famously known for his spectacular creations across various digital audio software, The Kid’s musical abilities are definitely one for the crowds to enjoy. The Boston native producer and musician wow his fans with his multiple facades across the music industry. From creating synthetic sounds to a permanent member of the band Pineapple Jam, The Kid […]

New bag alert. Pi’erre Bourne gets in his bag of “Groceries”, the latest drop off his upcoming album, The Life Of Pi’erre 5. On his self-produced track, the talented rapper and producer stunts on his haters by keeping his stacks on deck, pockets on swole and his ice too cold. Who you know get the […]