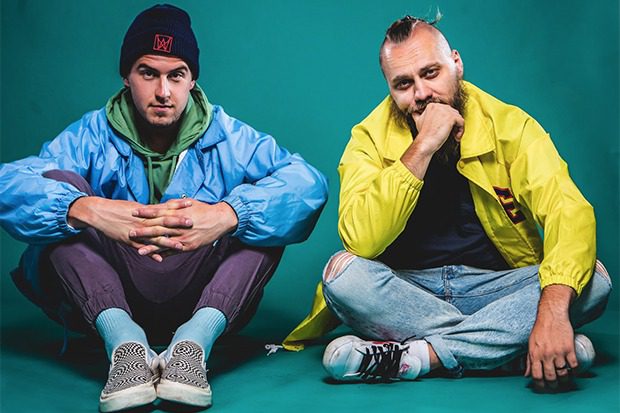 The Genre-defying Rare Americans, a buzz-worthy band from Vancouver, Canada, rolls out a new single called “Hullabaloo.” The track, which deftly blends elements of alt-rock and pop, is essentially a commentary on capitalism and the cult of non-personality running rampant in this Great Land. That might sound a little heavy, but the track is a hook-filled jaunt that bounces around your head long after the final beat. As with previous singles, “Hullabaloo” is accompanied by a mind-bending animated video set in Crooked City.

“‘Hullabaloo’ is the story of a young man learning to think for himself as he navigates through the multi-layered world of The Lemming Corporation,” frontman James Priestner explains. “As he pulls the curtains back, he discovers there is plenty more than what’s on the surface.” And that includes brainwashing, indoctrination and loss of free will. If you love “Hullabaloo,” which we are excited to premiere below, be sure to check out previous Crooked City chronicles like “Brittle Bones Nicky,” “Milk Man,” “Ryan And Dave” and “Cats, Dogs and Rats.”