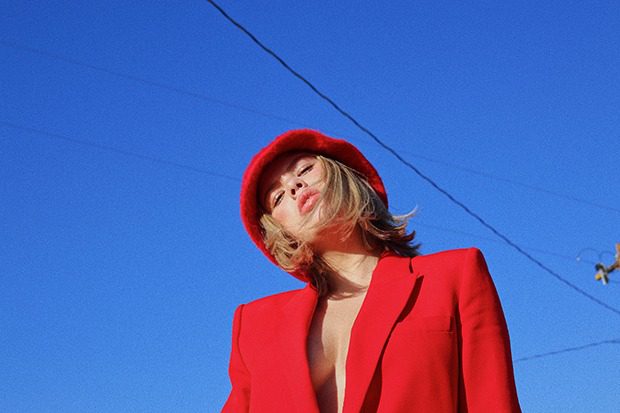 SAYGRACE is really leaving her mark on 2020. The Aussie soul singer, who landed a hit with “You Don’t Own Me” under the moniker Grace, has already released one of the year’s best EPs. The Defining Moments of SayGrace: Girlhood, Fuckboys & Situationships is jam-packed with fiery bangers, but “Boy’s Ain’t Shit” stands out as the most relatable. The viral hit should find an even bigger audience thanks to a new remix featuring Becky G. “You only hit me on the late night, I never see you in the daylight,” SAYGRACE sings. “You wonder why I got an attitude? You make it hard for me to play nice.”

Becky G then steps in for an equally fierce Spanish-language verse, before they join forces on the chorus. “These boys ain’t shit, I’m not here for it,” the collaborators harmonize. “If you want me, act like it.” It turns out, they both wanted to work together. “I am honored to have Becky G join me on this new version of my song,” SAYGRACE explains in the press release. “She’s such an accomplished performer and songwriter, who like me, also started out as a teenager in this business, and I am blown away to hear she’s a fan.”

The “Sin Pijama” hitmaker is equally pleased to be involved. “I loved the original song so much and wanted to jump on it,” Becky G reveals. “I feel people around the world, no matter what language they speak, have related to the sentiment of the song at some point in life.” Listen to the new version of “Boys Ain’t Shit” below.