They're Back! Wallows Embraces Pop On New Single "OK" 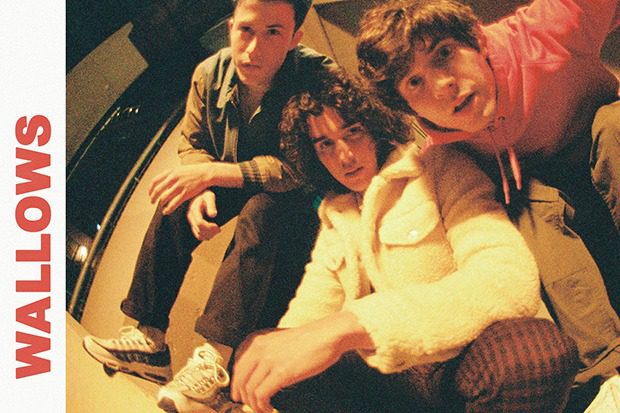 With Nothing Happens, LA’s Wallows dropped one of the best debut albums of 2019. The trio’s fuzzy, alt-rock sound was a breath of fresh air in a market dominated by overproduced bangers, while their ability to dabble in different sub-genres without getting lost proved their versatility. Both characteristics are on display on “OK.” Dylan Minnette, Braeden Lemasters and Cole Preston lean into pop a little heavier this time around, but they blur the lines enough to keep it interesting. The heavily-distorted bridge, in particular, is wonderfully odd.

“I know you so well, you know that I can tell the slightest difference in your facial expression,” Dylan begins the song with his signature deadpan delivery. “Don’t tell me nothing’s on your mind, if we’re honest it will all be fine.” The band calls for a leap of faith on the chorus. “We could just say goodnight if you think that’s alright, there’s no need to explain,” he sings over John Hill’s synth-dappled production. “I know that we can relate, can we get up and try to feel okay again?”

“[It’s] a song about insecurities in a relationship; having a hard time accepting something that feels ‘too good to be true,’ but overall learning to embrace it and accept the love you’re receiving and focusing on returning it,” Wallows explains. “Now, given the state of the world and the health crisis we happen to be in at the time of the song’s release, we feel like the main line/hook of the song, “Can we get up and try to feel okay again?”, sort of takes on a new meaning/purpose itself for people at this moment in time.” Listen below.