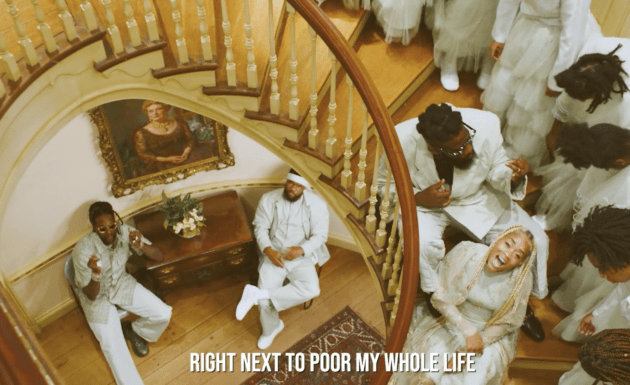 Been broke way too long.

Tobe Nwigwe just dropped his 3-track EP, MoMint, featuring the previous Parts 1 and 2 of “Round Here” and the final track, “Been Broke” co-starting 2 Chainz, Chamillionaire, and wife, Fat Nwigwe.

In his self-directed clip, The Nwigwe’s, King Koopa, and the Drenched God boast their come up and wealth while making it rain with a choir through out the lush grounds of Tobe’s frequent estate.