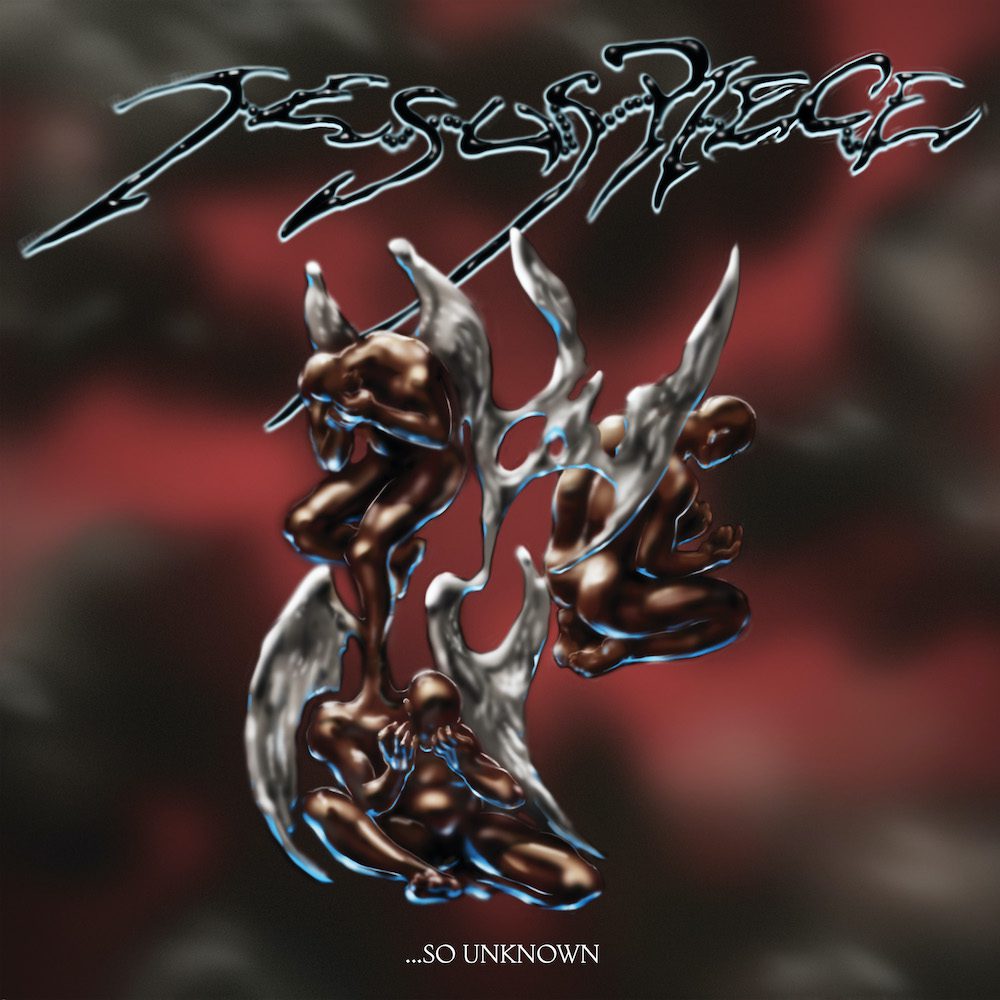 It’s been nearly five years since the thunderingly heavy Philadelphia band released their hellacious debut album Only Self, which was my favorite hardcore album of 2018. That’s a long time, but Jesus Piece are back in a big way. Next month, the band is heading out on tour with Show Me The Body, Scowl, Zulu, and TrippJones. A couple of months ago, they released the awesome single “An Offering To The Night.” Now, Jesus Piece have finally announced the impending release of their sophomore LP …So Unknown.

Jesus Piece co-produced …So Unknown with Randy LeBouef, a guy who’s collaborated with metalcore bands like the Acacia Strain and Dying Wish. The album represents the band’s attempt to capture the intensity of their live show. “An Offering To The Night” is on the album, and so is the juddering, muscular, paranoid new rager “Gates Of Horn.”

In a press release, Jesus Piece drummer Luis Aponte, who recently backed up Charli XCX on SNL, has this to say about …So Unknown:

The making of the record was nothing short of all-consuming. It was an intense and challenging process. The record reflects a lot of confusion, but also evolution. There was a lot of uncertainty and emotion during the pandemic — we all changed and grew so much. So if there is a single thought or concept to the record, it’s constant metamorphosis. That’s also how we operated as a band on this LP — spending a lot of time songwriting and fleshing things out as a unit, and then upping our game from there. It’s definitely a reflection of us as more mature, playing the best we’ve ever played and feeling like a real band for the first time.

Director Eric Richter‘s “Gates Of Horn” video looks like a nü metal nightmare. Below, watch that clip and check out the …So Unknown tracklist.