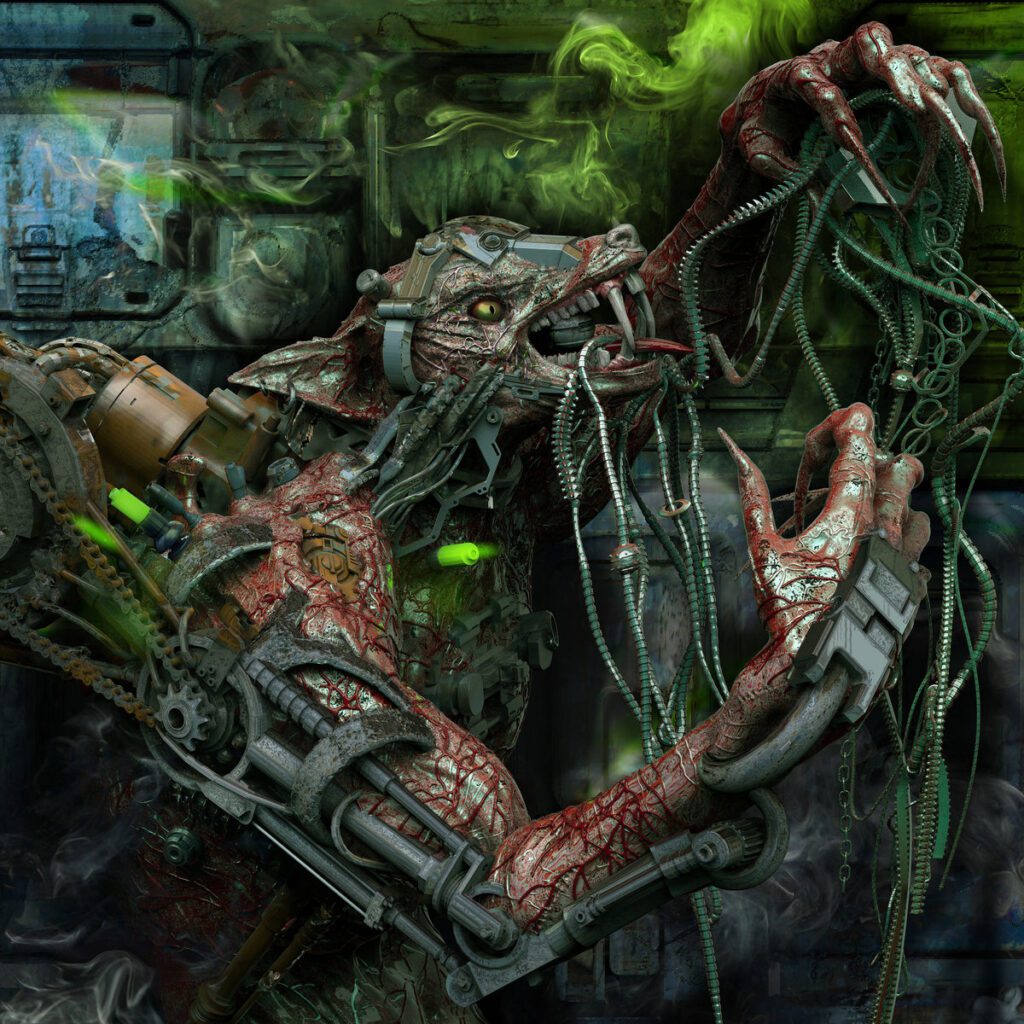 On New Year’s Eve, two side projects spun off of the great Virginia screamo band Infant Island teamed up to release a bugged-out new song. Mattachine is the militant queer hardcore band fronted by my buddy Alexander Rudenshiold, who plays guitar in Infant Island. Infant Island drummer Austin O’Rourke is also in Mattachine, and he plays in the erratic DC-based math-metalcore band Mikau. Mattachine and Mikau’s collaborative song was called “Unlucky Channel,” and it was available on floppy disc. That song wasn’t a one-off; we’re getting a whole split EP soon.

Next month, Mattachine and Mikau will drop their split Eject Modernity, Erase Tradition, which has some awesomely insane cover art. “Unlucky Channel” is on the EP, but it’s the only collaboration. Mattachine and Mikau have two new songs apiece, and one of the Mikau joints is “Offal Platter,” a new 78-second head-splatterer. The song is full of knowingly cheesy nü-metal touches — a dizzying drum ‘n’ bass breakbeat, a whole lot of DJ scratches. Those nü-metal touches sound awesome, and the track’s breakdown hits like an avalanche. Listen below.

The Eject Modernity, Erase Tradition split is out 2/24 on Acrobat Unstable Records. Hopefully, that’ll hold us over until that new Infant Island album is ready.